Return to the search form Return to your search results 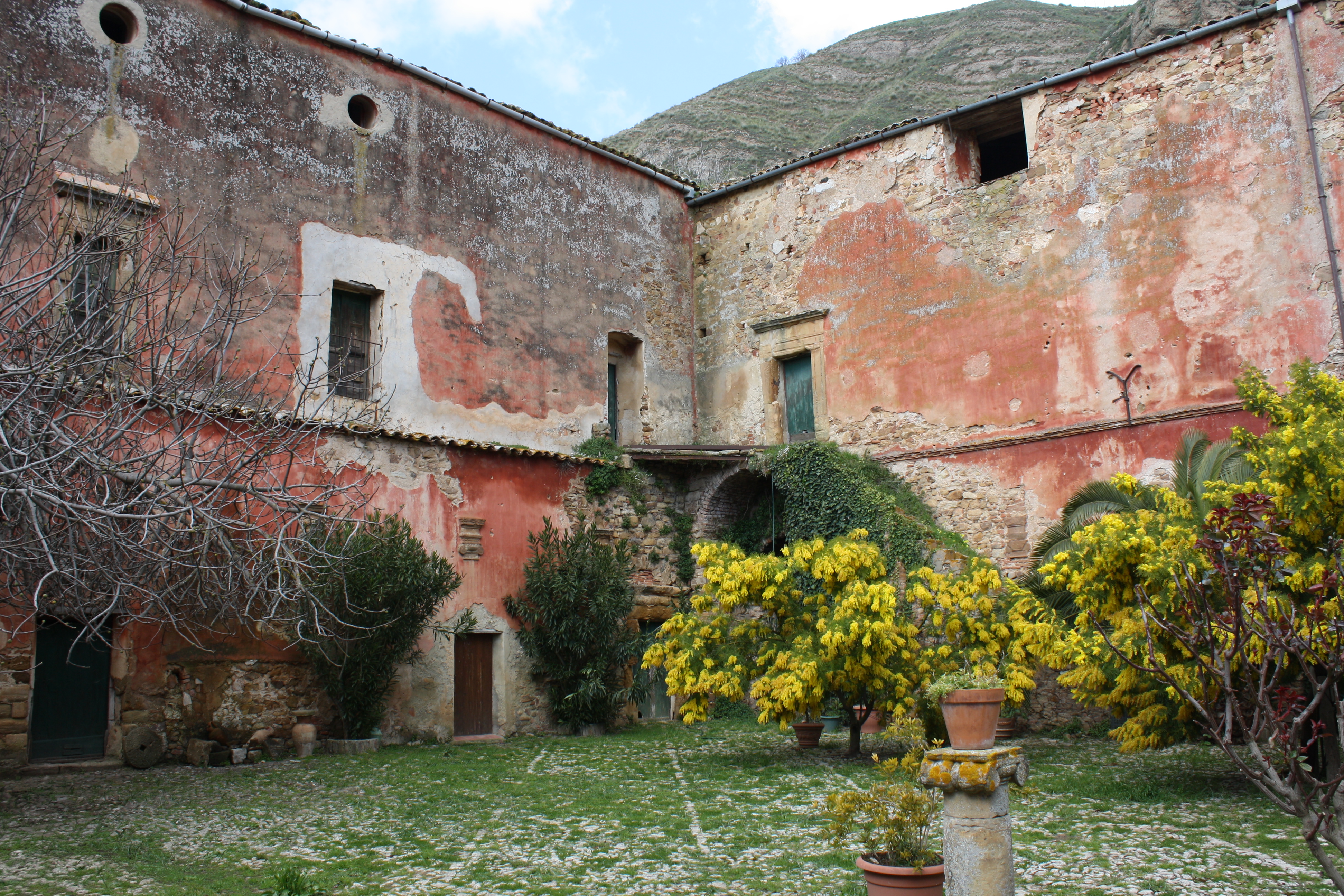 This course is a 5-week field school at the Greco-Roman site of Gangivecchio in Sicily. The site is centered on a 14th century Benedictine Abbey, now the home of the Tornabene family, which sits on a Greco-Roman site, possibly dating from the Greek colonial period, 7th to 6th centuries B.C., all the way up to the 19th century, when the property was purchased by Vincenzo Tornabene in 1856. The school will be strip excavating Particella 19, the site of a Roman villa of the High Roman Empire, with some possible surface survey prospection in the immediate vicinity of the site. The field director will be a Sicilian archaeologist, Dr. Maria Gabriella Cerami of Palermo, who is also the artifact specialist.

Students will learn the most up-to-date Sicilian methods of excavation while earning 3 semester hours of resident credit, mediated through Dr. Glenn Storey. Students will excavate one by one meter units in Particella 19 in order to expose structural elements of the known Roman villa in that field. 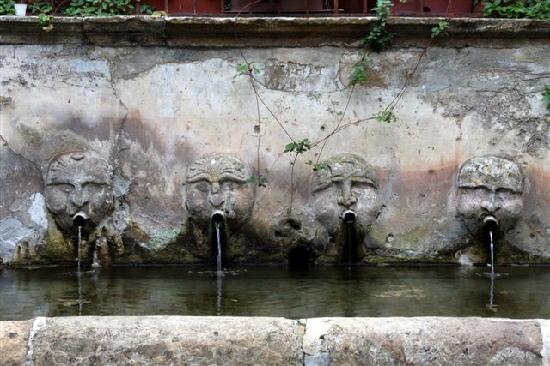 The Gangivecchio Archaeological Project (GAP) began in 2000 and is continuing. Gangivecchio is a site in east central Sicily, between Enna to the south and Cefalú to the north on the coast. The site features a structure originally built in the 14th century as a Benedictine Abbey, with four major natural springs pouring out of the mountainside to the north, piped to a cistern just outside the Abbey courtyard.

There is no doubt that the Abbey is associated with a Roman site, featuring Late Roman, Byzantine and Medieval components in the courtyard. The remains of a Roman villa with associated artifacts dating from the first to fifth centuries A.D. lie just east of the Abbey.

Indications [also] suggest at least a Hellenistic Greek component to the site and the preliminary survey of 2000 confirmed a significant Greek component on the west side of the property that may date back to the Greek colonial period in the 8th to 7th century B.C., consistent with the dating of Greek colonial sites nearby.

Local tradition holds to an eariler Greek presence, perhaps as far back as 1200 B.C., in the form of colonization from Mycenaean Crete. The main evidence for this is the regional cultural memory focused on the cult of the Earth-Mother Goddesses (two or three) fertility deities whose cult originated on Crete (and who may be the origin of the manifestations of the Virgin Mary associated with the Abbey). Mycenaean presence in Sicily is well-established.

Gangivecchio could also have been the fabled Greek city of Engion, mentioned by Diodorus Siculus, or a cult center associated with that city-state.

Gangicecchio's permanent water would have made it a landmark in the ancient landscape so it was likely an important cult center, with a bustling economy ulimately tied into the Roman world-system.

This program typically runs from July 1- August 8. These dates do not include travel time.

Sicily is located in the central Mediterranean. It extends from the tip of the Apennine peninsula, from which it is separated only by the narrow Strait of Messina, towards the North African coast. The earliest archeological evidence of human dwelling on the island dates from as early as 8000 BC. At around 750 BC, Sicily was host to a number of Phoenician and Greek colonies, and for the next 600 years, it was the site of the Greek–Punic and Roman–Punic wars, which ended with the Roman destruction of Carthage. After the fall of the Roman Empire in the 5th century AD, Sicily frequently changed hands, and during the early Middle Ages, it was ruled in turn by the Vandals, Ostrogoths, Byzantines, Arabs and Normans. Later on, the Kingdom of Sicily lasted between 1130 and 1816, first subordinated to the crowns of Aragon, Spain, and the Holy Roman Empire, and then finally unified under the Bourbons with Naples, as the Kingdom of the Two Sicilies. Following the Expedition of the Thousand, a Giuseppe Garibaldi-led revolt during the Italian Unification process and a plebiscite, it became part of Italy in 1860. After the birth of the Italian Republic in 1946, Sicily was given special status as an autonomous region.

Aside from the unending, tangible history in Italy, the nation has beyond remarkable landscapes which bring any visit to an entirely new level. You can go skiing in the Alps, visit Roman ruins and Greek temples, or explore the Grand Canal in Venice.

As one of the world's best-loved destinations, Italy is also the land of la dolce vita meaning "the sweet life". After an adventure tourists can unwind, relax, and be pampered by staying at one Italy’s high end spas or simply enjoy Italy's sophisticated dining pleasures, such as family-owned places where you can experience real Italian cooking.

US Department of State Country Information

The US Department of State provides safety and security information for every country of the world to help you assess for yourself the risks of travel. Each country information page contains a Travel Advisory, Alerts, and other important details specific to that country that could affect you.

Pay close attention to the entry and exit requirements, local laws and customs, health conditions, and other details to help decide whether traveling to any given country is right for you. Non-US citizen travelers may also wish to seek guidance from the embassy of their country of citizenship. The UI International Travel Policy for Students addresses restrictions on student travel to high-risk locations and engagement in high-risk activities abroad. 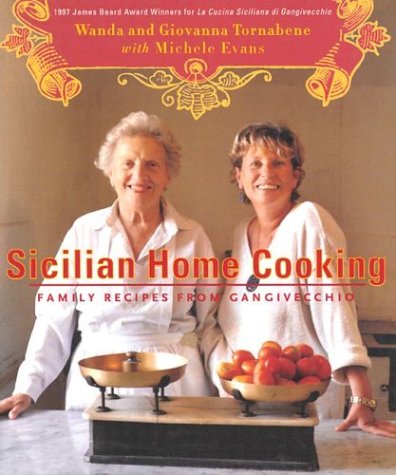 Meals are included during the week and catered by Giovanna Tornabene.

If you do not have a passport, it is important that you apply for one as soon as possible to ensure you receive it before the program begins. US citizens can find more information about how to apply for a passport on the US Department of State’s website.

Important notice for students without a valid passport or whose passport will expire within the next 12 months:

US citizens can find more information about how to renew a passport on the US Department of State’s website.

Expedited processing service is available for US passports (although this still takes several weeks and is at an additional cost). UI Study Abroad encourages students to ask the passport agency at the time of application whether expedited service is recommended.

Students who are not US citizens should contact their consulate for more information if they need to get a new passport or renew their passport.

Participants will be given details about group flights by their Study Abroad Advisor. Please do not purchase flights until you are told to do so. Flight cost is not included in the cost of the program.

Within Gangi and around Italy, students will utilize public transportation such as buses and trains. Italians are also very used to walking, so be sure to bring comfortable shoes!

This program is open to all UI students who are in both good academic and also disciplinary standing. Applicants must also meet the minimum cumulative GPA of 2.5. You must remain in good academic and disciplinary standing with the university until departure. If you are not in good standing at the end of the semester your acceptance will be revoked and you will be responsible for the associated withdrawal fees.

In order to participate in this program students must be capable of spending 4-8 hours per day outside (70-90 degrees and sometimes in direct sun). Due to the remoteness of the dig site, immediate medical care is not always available and participants with chronic conditions should take this into consideration before applying. Please check with the advisor for this program if you have any concerns related to these requirements.

The program fee for Summer 2019 will be $3600. This fee includes instruction, lodging, most meals, and excursions. It does not include the Study Abroad Administrative Fee, round trip airfare, meals during program excursions, passport, immunizations, or any personal expenses.

You can find more information about options for funding your study abroad experience including scholarships on Undergraduate Scholarships for Study Abroad.

You need to complete the UI Study Abroad application. Please note that the non-refundable $50 application fee will be charged to your U-Bill as part of this online application.

The application process requires:
• Completed online application with short essay describing why you chose this program
• A copy of the information page of your passport (if you are applying for a passport, please indicate this on the application and you can bypass this requirement temporarily)

Non-University of Iowa students should contact Ana Jimenez ana-jimenez@uiowa.edu, the Study Abroad Advisor for this program for a paper application.

Applications for this program are due on March 15.

In addition to submitting their Confirmation of Participation form, students should review the following:

Students are also encouraged to complete the

Health Preparation Guide for International Travel form with their medical practitioner. This document is intended to help you plan for your medical needs abroad. Please DO NOT turn this form in to UI Study Abroad.

Visas are not required for US passport holders since this program is less than 90 days. Students that are not US passport holders, will need to work with their study abroad advisor to determine if they have a visa requirement they need to meet in order to travel to Italy.

In order to prepare for your time abroad, you are required by the University of Iowa to complete two orientations. These may be in addition to orientations provided by your on-site provider. See below for more information.

Prior to departure there will be a mandatory large group orientation for all Iowa students attending the Archaeological Field Work program. The orientation will discuss registration and address questions students may have about life in Gangivecchio, what to pack, program structure, etc.

You are required to complete the International Programs online “Education Abroad Pre-Departure Orientation” course distributed through ICON prior to departure. This orientation is mandatory for all students going abroad under the auspices of the University of Iowa. It covers many practical matters about living overseas, such as health and safety, communication, money, goals and much more. You will be enrolled in this course by International Programs and an email will be sent to you once enrolled. If you have any questions you can email safety-abroad@uiowa.edu